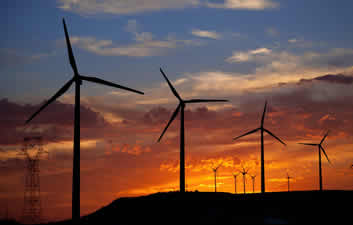 Seeking a company with large-project capabilities, Vestas selected Trautman & Shreve to install the key infrastructure systems for its new 600,000-sf production facility, the largest wind turbine manufacturing plant in the world. The 400,000-sf main production building, where the tower sections are manufactured, is more than a quarter of a mile long, 365 feet wide, and 46 feet high. The finishes are applied at the surface treatment facility, which is 140,000 sf, while the hardware is housed in the 43,000-sf internals building.

To get these buildings into operation, Trautman & Shreve installed 20 air-handling units with a total capacity of over 850,000 CFM (cubic feet per minute) on the roof. Within the buildings themselves, the company put in 2.4 million pounds of ductwork, including eight miles of spiral and two miles of vacuum duct systems. These systems also included eight 96-cartridge dust collectors to control contaminants. In the largest building, Trautman & Shreve suspended the ductwork from girders 44 feet above the floor.

Additional Information: In the surface treatment building, paint fumes and spray are a significant health concern. To address this issue, the building’s walls were lined with a wallto- wall custom filtration system that uses a massive modulating exhaust system to collect fugitive paint spray. As each turbine tower moves through the paint sprayers, the exhaust system detects air movement, and automatically opens and closes to extract bad air. This system and individual breathing air stations are part of the facility’s custom-built paint spray booths that isolate workers from harmful conditions.

With more than 40,000 wind turbines installed since 1979 and a 20-percent market share, Vestas is the world’s leading supplier of wind power solutions. Designed to produce 900 steel towers annually, the $240-million Pueblo plant employs nearly 550 people and is the largest single investment in the company’s history.